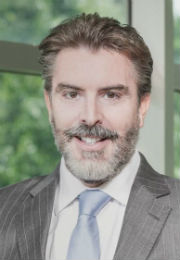 José Víctor is founder of the firm’s finance and banking practice group, currently consisting of more than 40 lawyers and has ample experience as lead counsel in complex cross-border transactions, financings, securities, mergers and acquisitions. His experience includes transnational financings, syndicated loans and leasing, as well as rendering legal opinions required for public offerings in local and foreign capital markets.

Counsel to IFM Global Infrastructure Fund, in the US$2.6 billion global acquisition of OHL’s infrastructure concessions division, as well as in the mandatory acquisition tender offer launched in the Mexican Stock Exchange as a result of the global acquisition, for 100.00% of the public shares of OHL’s Mexican subsidiary. This transaction has received the award of “2018 Private Equity Deal of the Year” by Latin Finance.

Counsel to IFM Investors (global fund manager) in the negotiation and execution of a stock purchase agreement to acquire a 25% equity participation in Organización de Proyectos de Infraestructura, S. de R.L. de C.V (OPI), a wholly-owned subsidiary of OHL México, S.A.B. de C.V., one of the main infrastructure operators in Mexico (which owns the Circuito Exterior Mexiquense 110 km toll-road in the State of Mexico), for approximately US$600 million and in the Pesos $8,644 million add-on transaction with OHL México, for an additional acquisition of 24.01% of the equity of Organización de Proyectos de Infraestructura.

Counsel to Mexican information-technology leader KIO Networks in its global 144A-Reg S note issuance for US$500 million with Citigroup, Goldman Sachs, J.P. Morgan and Morgan Stanley, acting as joint book runners and Barclays acting as co-manager, to leverage a portion of its acquisition of technology and telecommunications rival RedIT (MetroNet).