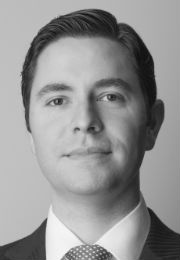 Mr. Alfaro has helped advice Panamanian and international clients in important public bid projects. Mr. Alfaro has also been active in M&A, assisting clients such as Citibank NA, the Bank of Nova Scotia and BBVA in banking acquisitions, mergers and dispositions in Panama, in addition to assisting many international banks and companies in local and cross-border financing transactions. Mr. Alfaro has been recognized by Chambers & Partners, by Legal 500, and by IFLR1000 as a leading lawyer.

• Advised, Grupo Unidos por el Canal (the contractor) in the Third Set of Locks Contract for the Expansion of the Panama Canal;

• Advised London & Regional (Panama), S.A. in the master development of the former Howard Air Force Base;

• Advised Vinci Construction Grand Projets in the construction of a third suspension bridge over the Panama Canal on the Atlantic side of the country;

• Advised Citigroup in Scotiabank’s purchase of Citigroup’s retail and commercial banking operations in Costa Rica and Panama in which Scotiabank acquired 27 Citigroup branches in Panama and Costa Rica;

• Acted as local counsel to Banco BTG Pactual of Brazil, in their acquisition of BSI Bank AG from Generali.